Our board is led by changemakers and advisors who are committed to addressing the systemic inequities that exist in the education system today. 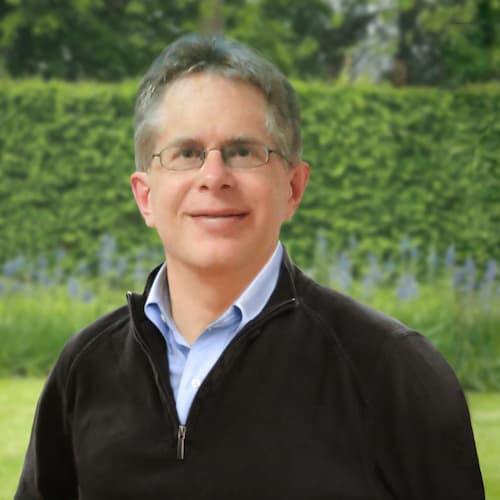 Todd Collins has spent his career investing in, advising, and building high-performance companies in a wide range of industries. He is a co-founder and Managing Director at Tregaron Capital, a private equity firm. Earlier in his career, he was a management consultant with Parthenon Group. He has served as an active board member and board adviser of over 30 organizations, from small start-ups to large public companies. Active in the community, Todd is an elected member of the Palo Alto school board and active in several education reform initiatives. 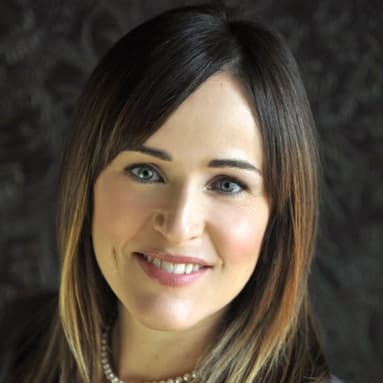 Maya Goodall has worked in education for over 11 years, teaching both nationally and internationally. She worked for a major publisher in the area of professional development and sales, where she recognized the need for English Language Learner materials that would help support teachers in their endeavors to reach the growing number of non native English speakers in their classrooms. Maya has a rich professional background that includes teaching in the classroom, coaching, training, implementing and designing curriculum with measurable outcomes for use in districts. Maya speaks English, Spanish and Italian. In addition to a California Teaching license and Bilingual, Cross-cultural, Language and Academic Development credential, Maya holds an M.Ed. and MA in Applied Linguistics.

Superintendent of Schools, University of Rochester

In 2015, Dr. Shaun Nelms was asked to create and implement a school transformation model for the lowest performing school, in the lowest performing district, in New York State.  A school where the graduation rate the year prior was 29%.  In 7 years, the school increased its graduation rate to 85% and expanded the Career in Technical Education (CTE) to include pathways in Culinary Arts, Information Technology, Computer Technology, Biomedical Health Sciences, Business and Computer Essentials, Precision Optics, Teaching and Learning, and Vision Care.

Shaun is the superintendent of East Upper and Lower Schools, formerly East High School in Rochester, N.Y., a new position created through a unique partnership between the New York State Education Department, Rochester City School District, and the University of Rochester. As the Educational Partnership Organization (EPO) superintendent for East, Nelms has been charged with creating a school reform model that can be replicated in urban settings throughout the United States.

As a result of his success, he was named the first William and Sheila Konar Director for the Center for Urban Education Success (CUES) at the University of Rochester’s, Warner School of Education and Human Development. In this role, Nelms leads the center’s efforts to support the success of K-12 urban schools both locally and nationally through a combination of research, relationship building, and a commitment to pursue and share best practices.

As CEO of the Nelms Consulting Group, he has been a frequent speaker on topics related to the creation of equitable school systems and administrative leadership. He is also an associate professor at the Warner School, where he teaches courses in human resource management, school governance, and leadership for school transformation. He is active in numerous community organizations, a member of Phi Beta Sigma and Sigma Pi Phi Fraternities, and has been honored with several awards for his leadership and work in education. 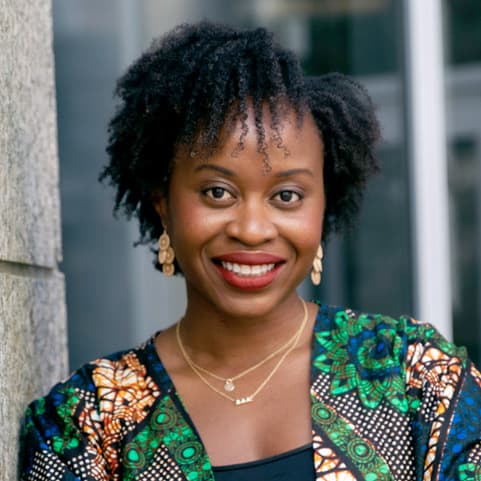 With more than fifteen years of experience working across the education sector, Gislaine brings a breadth of experience that includes work with nonprofits, individual schools, and school districts. She serves as the Interim President and CEO of the Nellie Mae Education Foundation, a funder of UnboundEd. Prior to her work at Nellie Mae, she served as the Chief Program Officer for Arlington, Virginia-based Phi Delta Kappa International, a professional organization for educators. In this role, she designed and led programs that supported school district leaders, provided leadership coaching surrounding issues of equity and social justice, and created and facilitated an ongoing community that allowed system-level leaders in districts from across the country to learn from one another.

Gislaine also worked for school districts including Hartford Public Schools, Montgomery County Public Schools, and Kansas City Missouri School District. She is passionate about social justice, racial equity, adult learning, youth and community empowerment, system change, and increasing educational opportunities for all students. Gislaine holds a Bachelor of Science degree and an Education Specialist in Administration degree from the University of Missouri Kansas City, a Master of Arts in Teaching from the University of Missouri Central, and a Doctor of Education Leadership from Harvard Graduate School of Education. 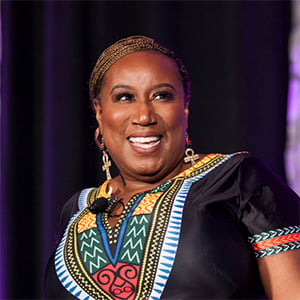 As President and Chief Executive Officer of UnboundEd, Lacey Robinson sets the organization’s vision for equity-driven national change as she carries the pride and tears of her enslaved ancestors and the native sons and daughters of this sacred land to this work. While continually monitoring the design, delivery, and quality of UnboundEd’s antiracist work, Robinson concurrently maintains the nonprofit’s health, sustainability and future-driven vision for what teaching and learning can be in the 21st century.

Robinson engaged with industry partners to support standards-aligned, content-focused, equity-driven adult professional learning and development from the organization’s infancy as its Chief of Program and Engagement. She also supported vital design and execution elements for UnboundEd’s signature professional learning opportunity, the illustrious Standards Institute. Robinson’s contributions led to the rapid growth of the organization and positioned UnboundEd as industry leaders. Robinson spearheaded migrating this work into a virtual space during the pandemic to meet the needs of educators.

As a teacher, principal, and staff development specialist, Robinson maintained a focus on literacy, equity, and school leadership for more than two decades. Her life’s work aims to help educators in school systems disrupt systemic racism and all of its legacies in classrooms. Inspired by Langston Hughes, her path is to build temples for tomorrow, as strongly and bravely as she knows how, and to ensure that future generations can stand freely within themselves to be whomever they choose to be. As CEO, Robinson pursues this passion by leading an organization known for the highest integrity in professional development. 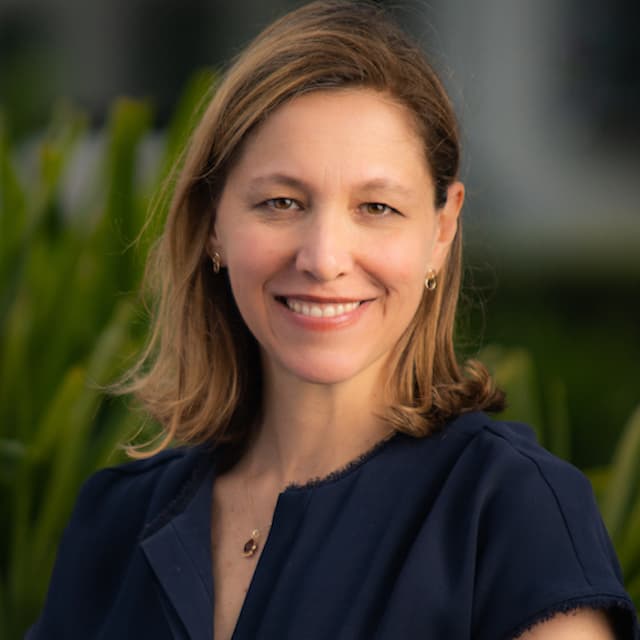 Laura Smith has developed and implemented strategic initiatives for educational organizations for nearly 20 years. As chief operating officer, Laura leads day-to-day operations, finance and strategic planning and also oversees digital product development. Previously, she was vice president of professional services for Amplify, and was an Assistant Commissioner at the New York State Education Department. She also served as an Executive Director for the New York City Department of Education and as Deputy Director of High School Renewal for the San Diego Unified School District. Laura was in the inaugural cohort of the Broad Foundation’s Residency in Urban Education. She started her career teaching environmental education for nonprofit organizations in the Florida Keys and San Juan Islands. She has served as an adjunct faculty member at Columbia University's Graduate School of Business and is currently a member of the President’s Council of Cornell Women. 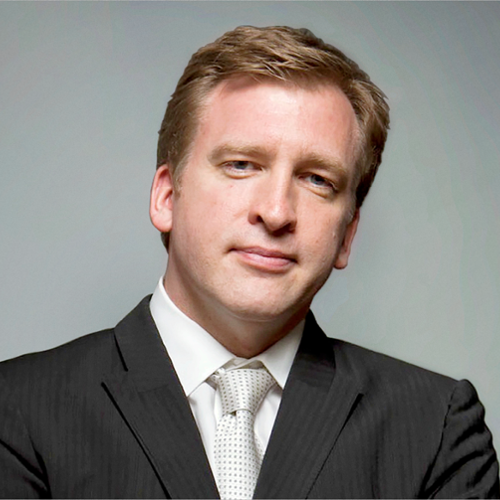 Jason serves as Amplify’s chief academic officer of STEM. Previously, he co-founded Student Achievement Partners, a nonprofit organization dedicated to helping teachers and school leaders implement equitable, high-quality, college and career-ready standards. Jason is a Rhodes scholarship recipient and a former professor of physics and mathematics. He holds a bachelor’s degree from Williams College, with a double major in mathematics and astrophysics; a master’s degree in mathematics from the University of Oxford; and a doctorate in mathematical physics from the University of California at Berkeley.