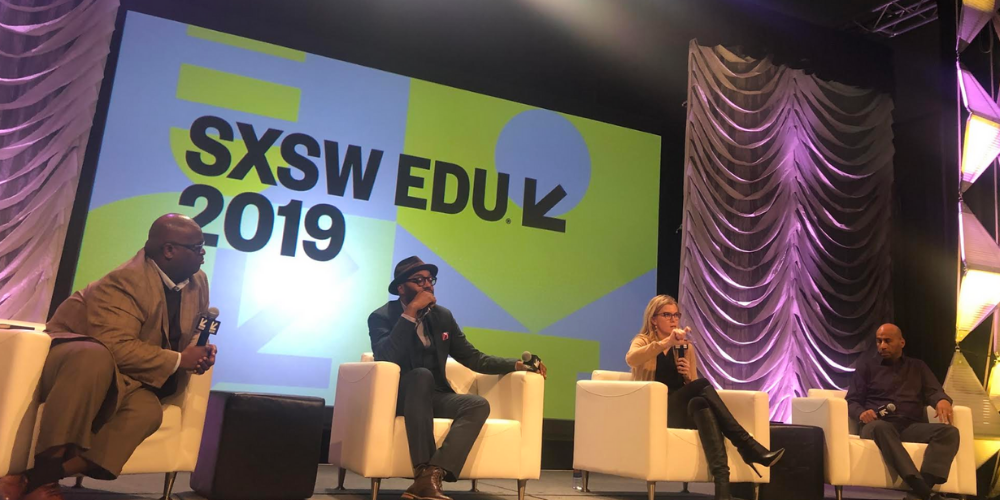 “What will it take to dismantle an inherently racist system that holds our students back?” is a question we ask ourselves often at UnboundEd and this week, we had the opportunity to sit down with other educators at SXSW EDU who are also asking this same question.

Our panel conversation, “From Equity to Anti-Racism in Education,” was a significant exploration of the provision gap from the perspective of educators and how to change the system. Moderated by Jeff Livingston (EdSolutions and UnboundEd board member), the audience of more than 300 educators were invited to a recreation of a dinner at his favorite restaurant in New York City, with panelists Christopher Emdin (Columbia University), Marco Davis (New Profit) and Kate Gerson (Just Instruction). 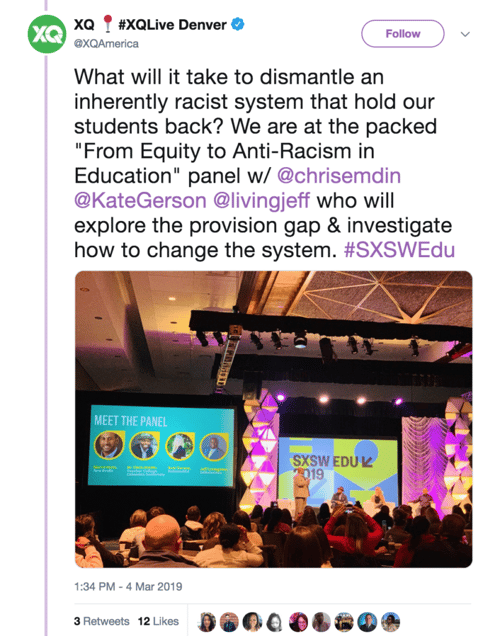 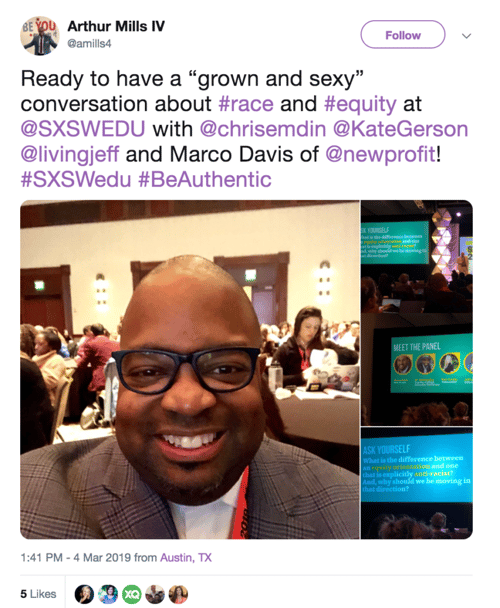 As each panelist was being introduced, they reminded everyone that this is a complex conversation and oftentimes held in separate parts: it’s either a conversation about cultural competency or one about the standards, never as one, and to many, these two areas are framed as mutually exclusive routes they must choose between. The result is often that not all students are held to the same expectations and we risk making instructional choices that shut them out completely.

Until we apply an anti-racist lens to schooling, we will prolong the existence of the provision gap and continue to perpetuate racist practices. 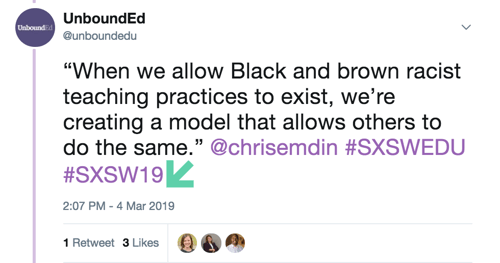 Racism is a piece of every fabric in this structure we call the education system and as educators. “We fall into traps of who’s got it worse instead of understating we’re talking about a systemic issue that affects all of us,” said Davis. Emdin followed up by saying it is simply because we’re comfortable being “asleep” and that in turn, denies students of color, in particular, an understanding their worth.

We’re tolerating generation after generation of students of color not being set up for success. 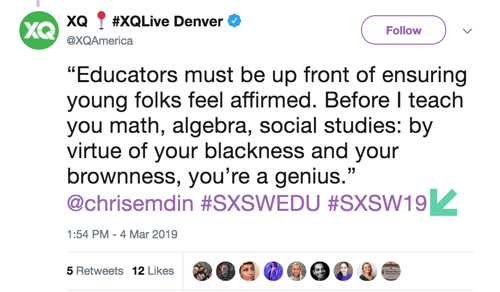 Much of that tolerance is because we as educators have found success in the system and by virtue of our roles, have become invested in it.

“To truly make the change, there’s going to be a loss of privilege. We have to change our leadership.”
– Marco Davis

Not only are we invested, for colleagues of color, internal racism can also be a limitation. Dr. Emdin reminded those in the room “we can still replace white racists teachers with teachers of color who are still racist” and encouraged everyone to indict the system that continues to do this. “When we allow Black racist teaching practices to exist, we’re creating a model that allows others to do the same,” said Emdin.

“Disruption of daily practices is the beginning of disrupting a racist system.”
– Chris Emdin

“What’s the line between investing in young people for the world as it should be and preparing them for the world as it is now?” Davis asked in conclusion. The panel agreed that is important for leaders to use their privilege and voice to reject the system that condemns students of color to a fate, unlike their white counterparts, and commit to never pulling rigor out of the classroom because of what we perceive about our students.