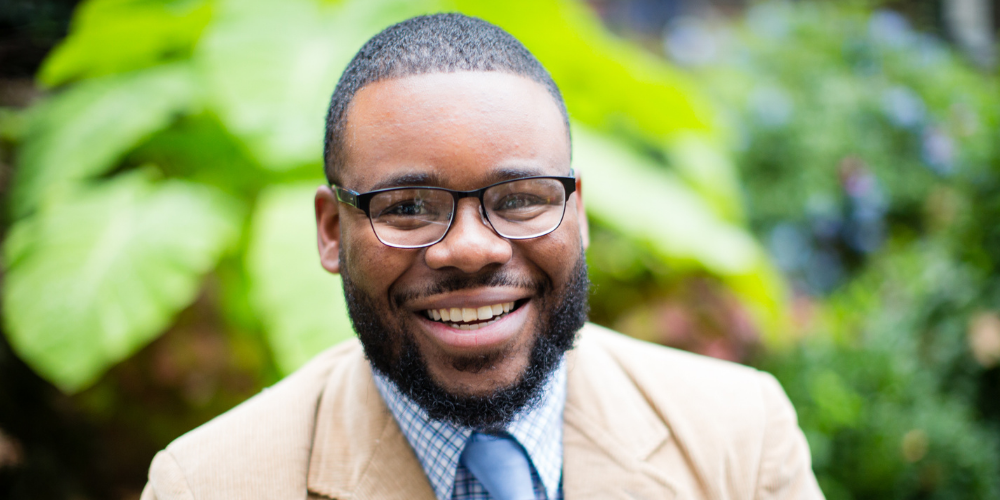 Brandon White’s educational journey started in his Rochester, NY, home where his librarian mother and lawyer father advocated for his advanced coursework. He returned after college to teach English Language Arts at the same secondary schools he once attended, and continues to champion the educational rights and needs of students who are being underserved.

“I was always privileged education-wise to have parents with two degrees,” said Brandon, who graduated from an International Baccalaureate program at his magnet high school before earning his BA in Secondary English Education at Buffalo State College and his MS in Information and Library Science at the University at Buffalo. “I was in a program that would keep me on track even if my friends and other students were being disserviced.”

Now, Brandon is an UnboundEd Resident working to transform not only his practice but also gain a broader skill set for helping teachers across the country grow in providing equitable and rigorous instruction to all students.

“I’m interested in the impact of high-quality ELA or literacy instruction on the inequities in a racialized America,” Brandon said. “How do you provide high quality, culturally and locally responsive ELA and literacy instruction in a way that disables or cripples systemic white supremacy? That’s my curiosity, and empowering children of color, in general.”

In Rochester, Brandon said he saw his community as a classroom, providing curriculum or curricular adaptations that caused his colleagues or students to view the text from a social justice lens. He also joined task forces that worked to improve the Rochester City School District. Expanding his roots in the community, he involved himself in non-education issues that impacted his classroom, including police brutality and citywide policies that disproportionately affected his male students.

“The way it was done then, as it is now, is that students who ‘more immediately’ show their creativity and intellect get tracked into advanced programs when that same curiosity or intellect could be in another kid, but it just didn’t pop up because maybe he wasn’t receptive to the instruction or there are other things going on in his community or his home. They should still have that chance,” Brandon said. “There’s no reason why some of my friends shouldn’t have gotten the same education I got, if we’re more considerate of the needs of all students. I see that kind of tracking still happening, and whether it’s de facto tracking or de jure tracking, it’s still happening to this day.”

Brandon became a community-based teacher activist out of necessity, he said. His approach started in his early days of teacher training. Being a black male educator, he saw a reality that was distinct from many of his white counterparts, the vast majority of whom were female.

“I saw a great difference in our experiences and expectations and history in America, which again connects back to our experiences now. I also saw a disconnect between how I was taught to teach as a black man, which was different from the way the young black and Hispanic students in my classroom learned best. It was also different than the way I learned best,” Brandon said. “There was this miseducation kind of programming that was going on with me and many other teachers of color when we have this history of really serving our communities through education. We even contribute to mass education theory, and yet we’re not always being acknowledged for it, or our ideas are appropriated; all of these dynamics are under-explored.”