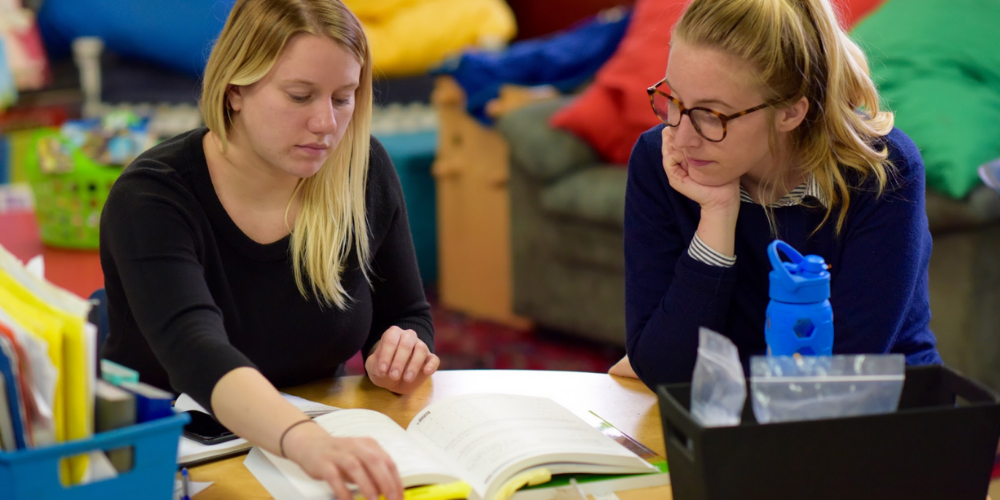 In an educational landscape in constant flux, it’s important to every so often take a step back and examine where we are. From the larger statistical studies that aggregate data, to the subtler recallings of former students, seeing a combination of the big picture and the reflective moments of individuals can sometimes give us a stronger sense of the state of things, and perhaps what to do about it. In this fall edition of 5 Things We’re Reading Now, we’re using both letters and numbers to examine the educational climate, how it affects teachers and students alike, and where we might go from here. If these stories resonate with you, we encourage you to share them with your colleagues and have a conversation offline.

1. Me and My White Teachers

The majority of our nation’s teachers are white, while the majority of its students are people of color. While this topic is one of increased study in the past few years, much of the impact this mismatch has had on students of color cannot be boiled down into numbers. Shedding light on its more nuanced effects, New York Times correspondent John Eligon and a few of his colleagues reflect on their experiences as children of color in a school system of predominantly white teachers. From being forced to speak on behalf of your race, to feeling disinvited from sharing your thoughts over time, this collection of memoirs highlights a number of unheard perspectives of the inequities happening with our education system.

How central are curricula and instructional materials to student success? One study found that choosing better materials for your district or school can have as profound an effect on student performance as replacing a novice teacher with an experienced one. Adopting a rigorous, aligned curriculum is one of the most cost-effective ways to improve student achievement. It’s no wonder so many schools and districts are starting to pay attention.

“Getting Down to Facts II” is a sequel of sorts to an influential policy report on California released over a decade ago. In it, new research details how things have improved for the state regarding student achievement relative to 10 years ago, but Californians are still behind their peers nationwide, particularly among students of color, low-income students, and special education students. Reducing historically harsh disciplinary policies, and focusing more on improving the practices of preschool and early childhood education might be a way to improve outcomes for all students.

4. Substantial racial stereotyping toward young children of color found among white adults who work with them

A new study from Harvard’s School of Public Health found that young people of color in the U.S. face significant racial stereotyping from adults who work or volunteer with them. Because negative racial attitudes are associated with poorer quality care and services as well as with disparities in health, education and social outcomes, this is alarming news. Particularly dire is the fact that these negative views extended to the children of color as young as the 0-8 age group. This can lead to drastic potential consequences for these children’s outcomes throughout life.

5. Changes in What Teachers Know and Do in the Common Core Era

How have teachers nationwide changed their use of instructional materials and knowledge of state standards? A recent Rand study found that while teachers’ use of published textbooks changed very little, their use of standards-aligned and content-focused online materials appeared to rise. Nonetheless, ELA teachers were less likely to regard the use of complex, grade-level text as aligned with their standards than they were the previous year.

What have you read lately? Send us a link on Twitter the next time you read something impactful–we want to hear your thoughts!