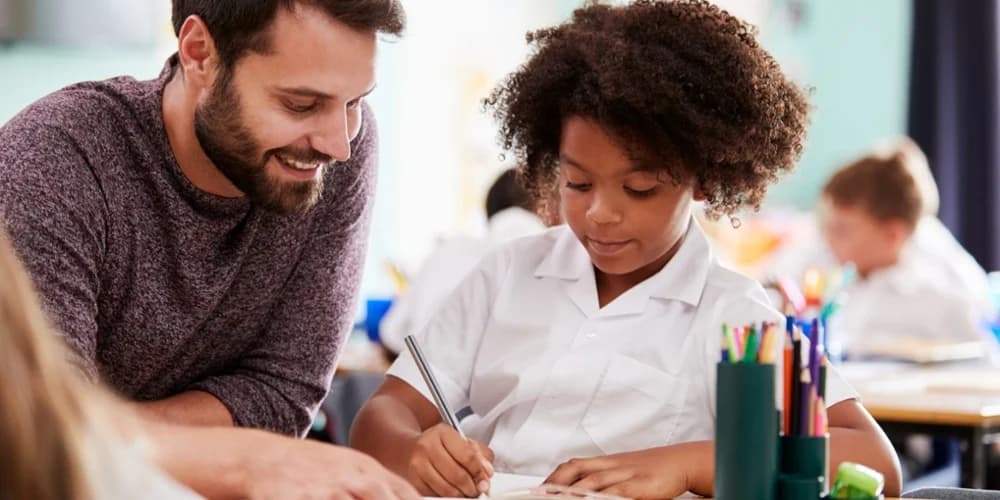 Teacher Bias by the Numbers

How do educators begin undoing systemic bias and racism when we are just as racially biased as the rest of the population?

Researchers from Princeton and Tufts measured the racial bias shown by teachers and compared the results to a national data set; teachers and non-teachers showed the same level of bias, with 77% of respondents showing implicit racial bias against Black people.

That’s worth repeating: 77% of teachers demonstrated implicit bias. Let’s just sit with that for a second.

Some find this outcome surprising. After all, teachers approach their work with a strong sense of purpose and mission to help children; teaching is social justice work. Surveys show that they are more likely than other Americans to support the Black Lives Matter movement, and based on those views, teachers probably don’t see themselves as biased.

Still, this study is a reality check for anyone who thinks that teachers are somehow impervious to bias. As one of the study’s authors put it, “teachers are probably more well-intentioned than the general population, but they still have the same bias levels.” Studies have shown bias in preschool children at just four years old. How can one think that any group of professionals has not been shaped by something so deeply rooted in our culture?

Studies illuminate the role of racial bias in our K-12 school system. We can see evidence of teachers’ bias when we look at data on gifted and talented referrals. In the path to school leadership, Black principal candidates are “18 percent less likely to be promoted to principal than equally qualified whites,” which tells us that bias exists in education leadership. Even the youngest generation of educators has bias; in a recent study, future teachers mistook Black students’ expressions as angry more often than white students. And we know that racial disparities permeate the classroom experience via inequitable access to grade level, engaging instruction. Given the pervasive nature of bias, what has been documented formally through research is only a small piece of the impact of bias on Black students’ experience in school.

We know that bias exists in our schools. The question becomes – what can we do about it?

And we’d like to accelerate this work by re-introducing our free Anti-bias Toolkit.

We developed this resource to foster facilitated conversations about bias and race in schools. It includes everything you’d need to create meaningful conversations: facilitator notes, powerpoints, embedded activities, case study handouts, and more. The Anti-bias Toolkit is designed for three sessions, 90-120 minutes each. Some choose to use it for a full-day workshop, others plan the sessions over time. We hope schools will customize it to best fit their local contexts.

Facilitating sessions on bias should be an essential part of any school or district professional learning plan. Our professional development, including our August Virtual Summit, includes discussions of race and bias, paired with essential learning on equitable instructional practices. Anyone seeking a warmup for those critical conversations will find that our Virtual Summit offers a good model for leading anti-racist work in schools.

At UnboundEd, we find that examining one’s unconscious bias begins a process of change. Once educators have that “Aha” moment about their biases, the important work to combat racism can begin. Let’s commit together to be anti-racist and have necessary conversations about racial bias in schools across the country to better serve our students and communities.