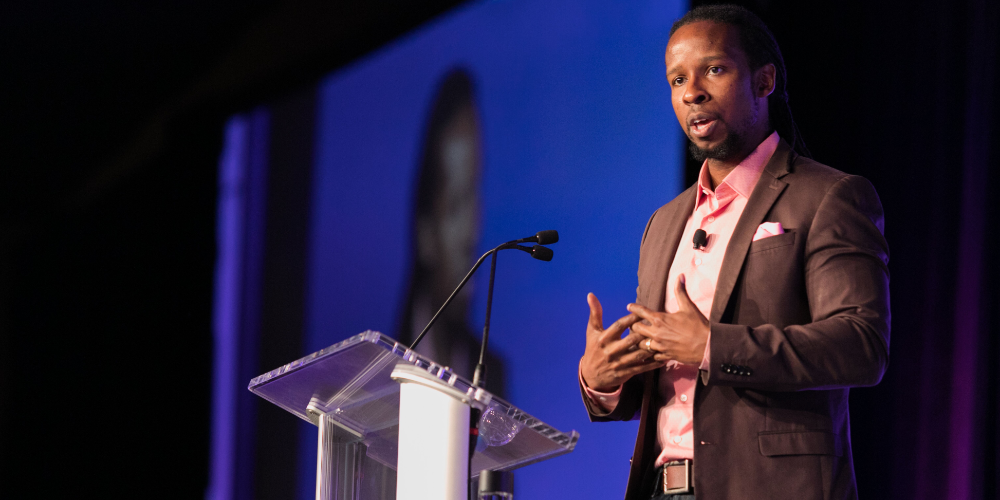 An Argument Between Racist and Anti-Racist Ideas

Your journey as an educator may seem like your destiny, but what if it is deeply influenced by intentionally racist policies and ideas enacted before our founding fathers’ first proclamation?

In this hour-long exploration, Dr. Ibram X. Kendi travels through the history of the United States, delineating its racist policies and practices while juxtaposing them with the current, inequitable practices and beliefs we can unknowingly allow into our classrooms every day. It raises the question, “why does racial inequality exist?” and leads us to understand that the principle function of racist ideas is to condition the system to believe that inequity is normal.

Take the time to reflect on the following question from Dr. Kendi: Are [you] going to be the anti-racist who figures out what are those policies that are causing those inequities [in your classroom/system]?

Dr. Ibram X. Kendi is Professor of History and International Relations and the Founding Director of the Antiracist Research and Policy Center at American University. He is a frequent public speaker who speaks with great expertise and compassion about the findings of his book and how they can fit into the national conversation on racial and social justice.

Kendi has received research fellowships, grants, and visiting appointments from a variety of universities, foundations, professional associations, and libraries, including the American Historical Association, Library of Congress, National Academy of Education, Spencer Foundation, Lyndon B. Johnson Library & Museum, Rutgers Center for Historical Analysis, Brown University, Princeton University, Duke University, University of Chicago, and UCLA. Most recently, he was named a 2019 Guggenheim Fellow for his work.
In addition to winning the National Book Award, Stamped from the Beginning: The Definitive History of Racist Ideas was also named a finalist for the 2016 National Book Critics Circle Award for Nonfiction and nominated for the 2016 NAACP Image Award for Outstanding Literary Work in Nonfiction. The book was featured on many Best Books of 2016 lists, including in the Boston Globe, Kirkus, The Washington Post, The Root, Chicago Review of Books, and Buzzfeed.